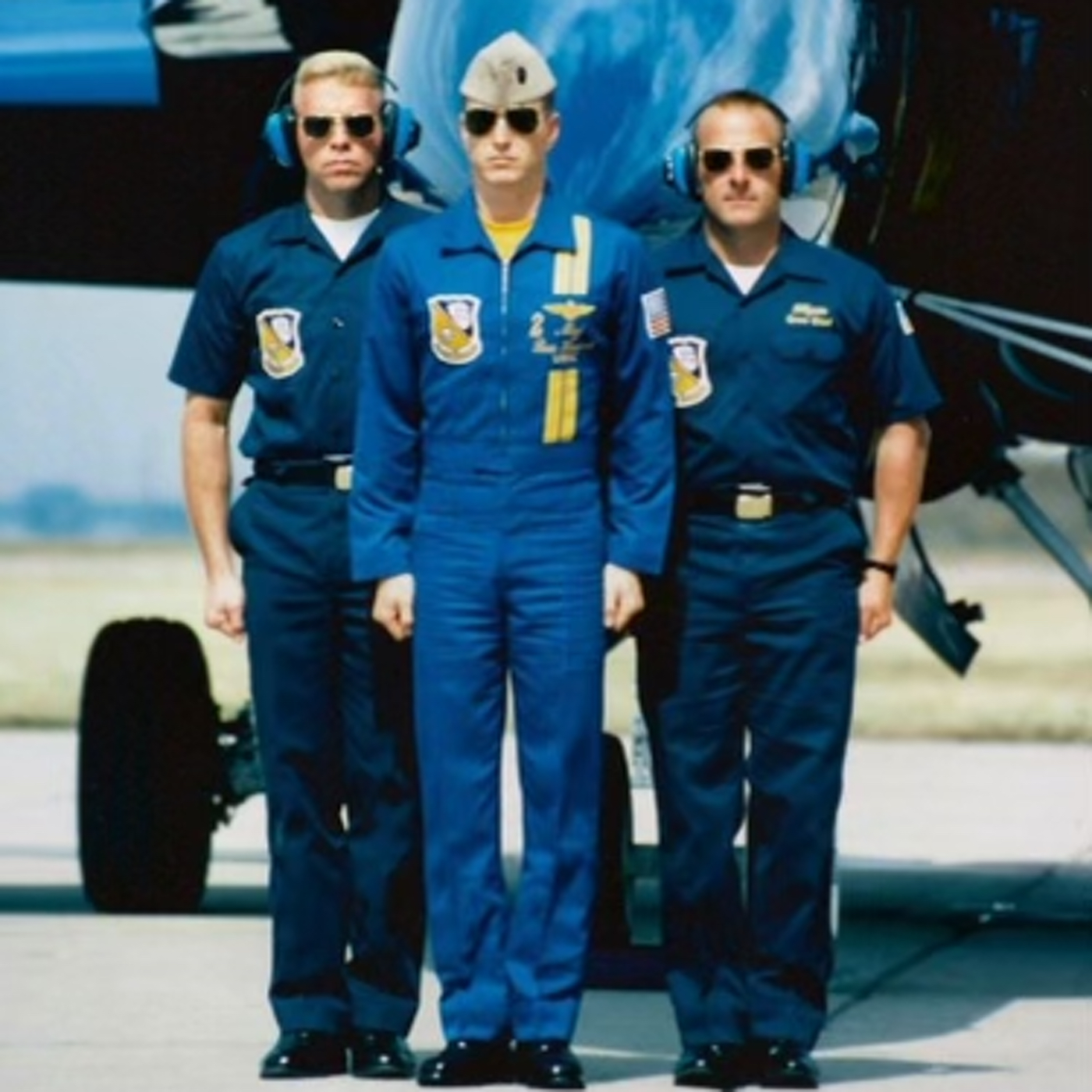 Our third show with Lawman is a fun one. He opens the show describing how embarrassed he felt living the good life in Qatar while getting combat pay – though he did have to go to Afghanistan to prevent the outbreak of violence between the Marines and the Air Force!

Then we back into how he was serving as the Full-Time Support (FTS) Officer for the Marine Reserve squadron in Willow Grove, PA. You will laugh out loud at the segment we call “An Approach Article Waiting to Happen” as Lawman tells about flying on a snowy night, unable to hear the pilot in the back seat, flying the second worst approach in the history of Naval Aviation; and then getting chewed-out because neither he nor the Major General in his back seat were qualified to fly that TA-4 that night!

Lawman then tells how he applied to the Blue Angels to stay in a flying job for his next tour. Despite the pressure from his competition and the Monitor (the Marine who assigns your next duty station) to pull his application and forget it – Lawman was chosen to be a Blue Angel.

Then the fun REALLY began! Whether it was pranks played on the FNG (Funny New Guy) or a steep learning curve, Lawman found out the hard way that initiative isn’t always worth the trouble. This week’s episode title was inspired when he tried to help the team and got yelled at on the radio for his efforts. No good deed goes unpunished!

Getting selected to be a Blue Angel may be the “easy part.” Once you’re there you have to perform. We close out with Lawman wondering if he made the wrong choice – riding on his first practice airshow with the Blues he wasn’t sure they would make it through their first maneuver!

Thanks this week goes out to “Sticks” for our new website logo. Check the pilot’s visor. If you don’t get it, go look up the Far Side cartoon from February 2, 1983! And thanks also to Dos Gringos for the music we use on So There I Was.