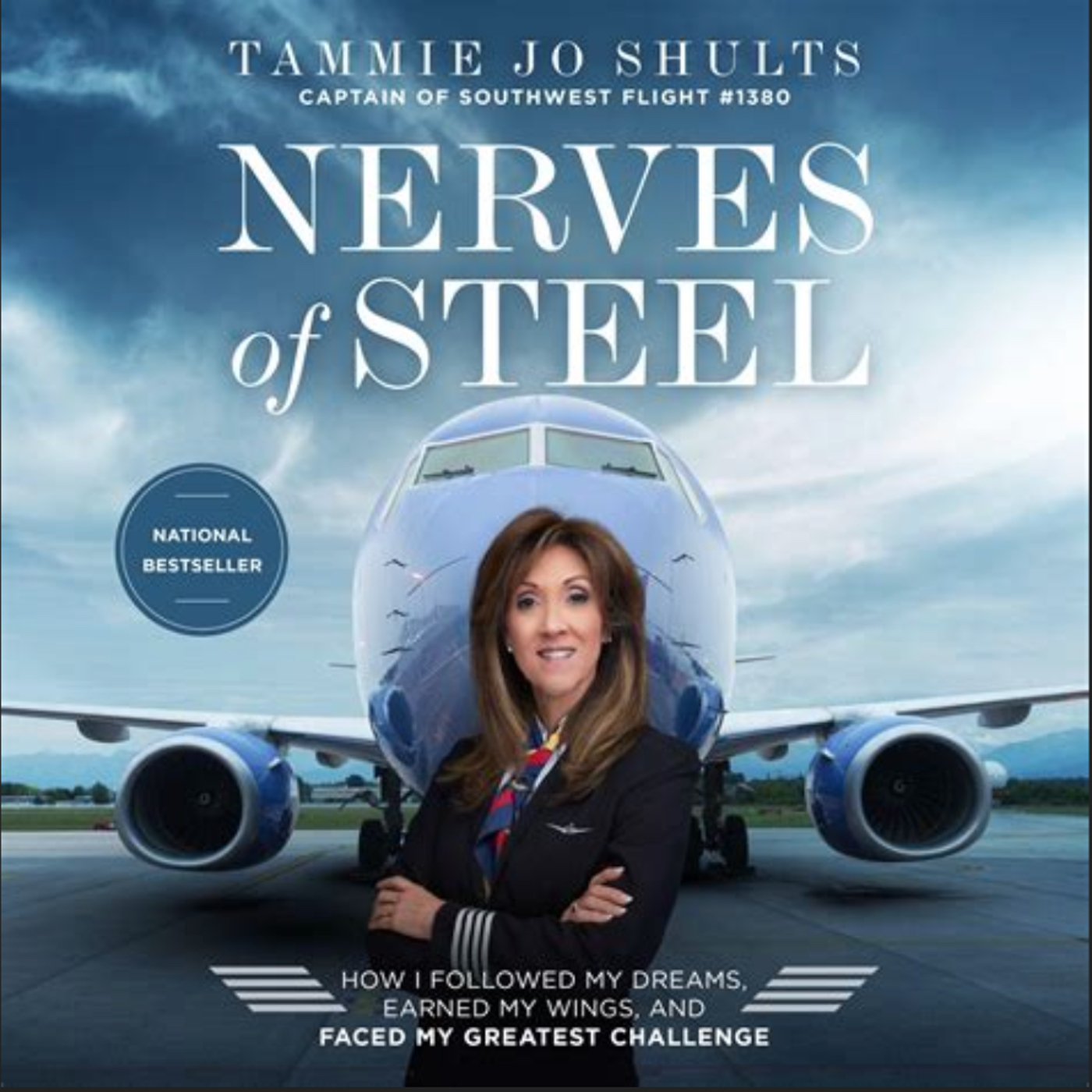 We are joined by “Bonnie” who gained attention the hard way back in 2018 when she and her first officer saved the lives of 148 people after her Southwest Airlines 737 experienced an uncontained engine failure which shattered a window, fatally injuring a passenger.

Her book about that day and her life experiences which prepared her to to meet the challenges she faced that day is called Nerves of Steel. Be aware though, that Bonnie is not self-aggrandizing when she uses that title. It was coined when the EMT who examined her after the jet was safely on the ground who asked her how she could be so calm.

There is no more humble person than Bonnie. In this first of two shows with her (both to be released this week) she relates how she got into the Navy, became a flight instructor and got to the fleet where she was one of the first women to fly the F/A-18 Hornet in the US Navy. She talks about the pranks played on her and nearly having to eject just days before her wedding.

Come along with us and hear what an amazing and gracious lady Bonnie is – and hear some of what prepared her for the greatest aviation challenge of her life.