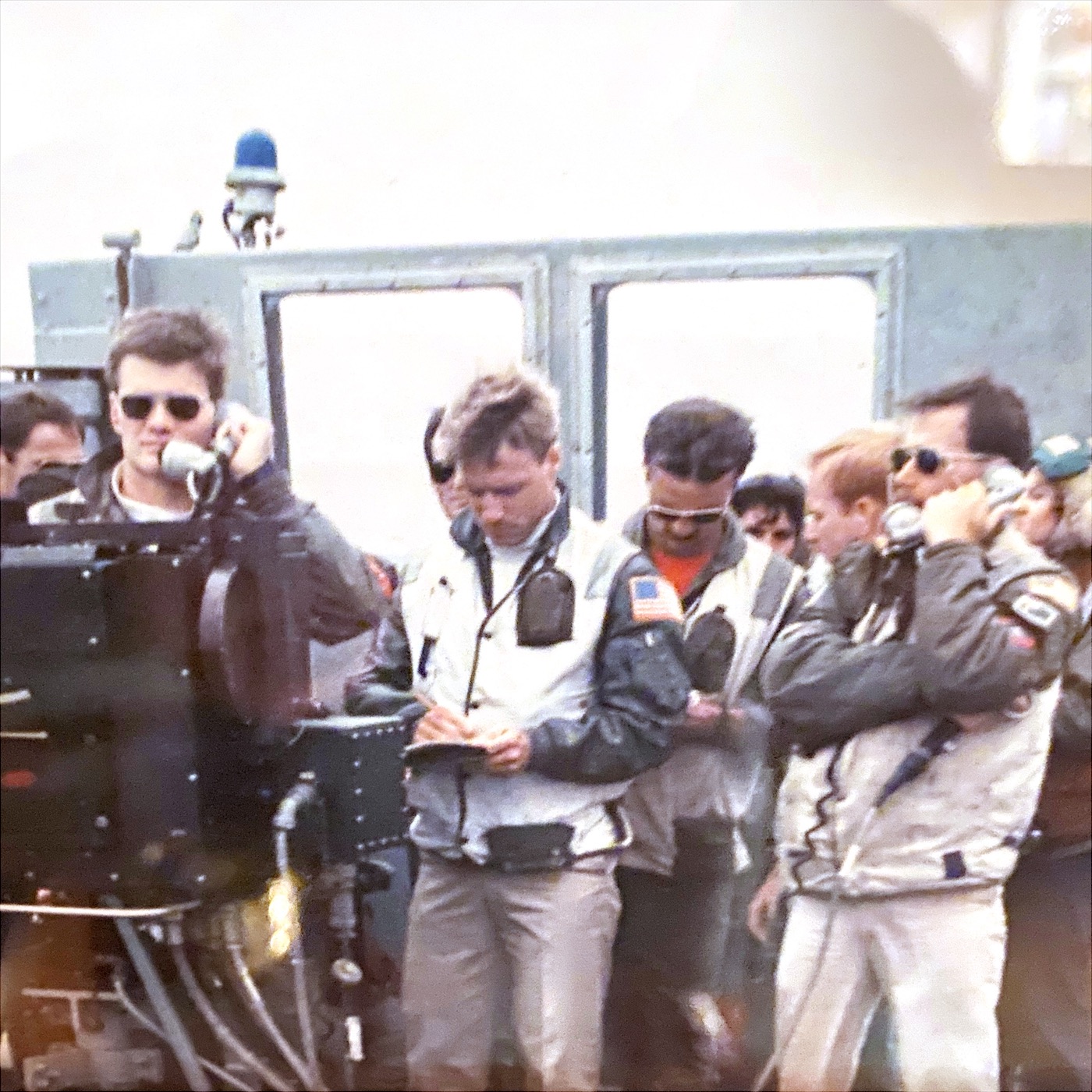 This is the second half of our time with “Nasty;” the former Commanding Officer of VF-31, The USS Sacramento, The USS Nimitz and a Strike Group aboard the USS Eisenhower.

He tells of the time he ejected from an F-14 over the shark-infested waters of the Pacific. He describes why “Nuke-School” is hard – and the benefits thereof. And he tells us what the “Best Job in the Galaxy, HANDS-DOWN” is! Finally he tells of a different era of Naval Aviation when things were a little looser than they are today.

The leadership that Nasty exudes comes from all his experience which helped him grow into the type of leader people want to work for. We hope you enjoy hearing this show as much as we enjoyed making it.

The opening and closing sound bites are from the audiobook Deep Survival by Laurence Gonzales where he describes the carrier takeoff and landing brief to pilots on their first night carrier evolution. This is a fantastic read.