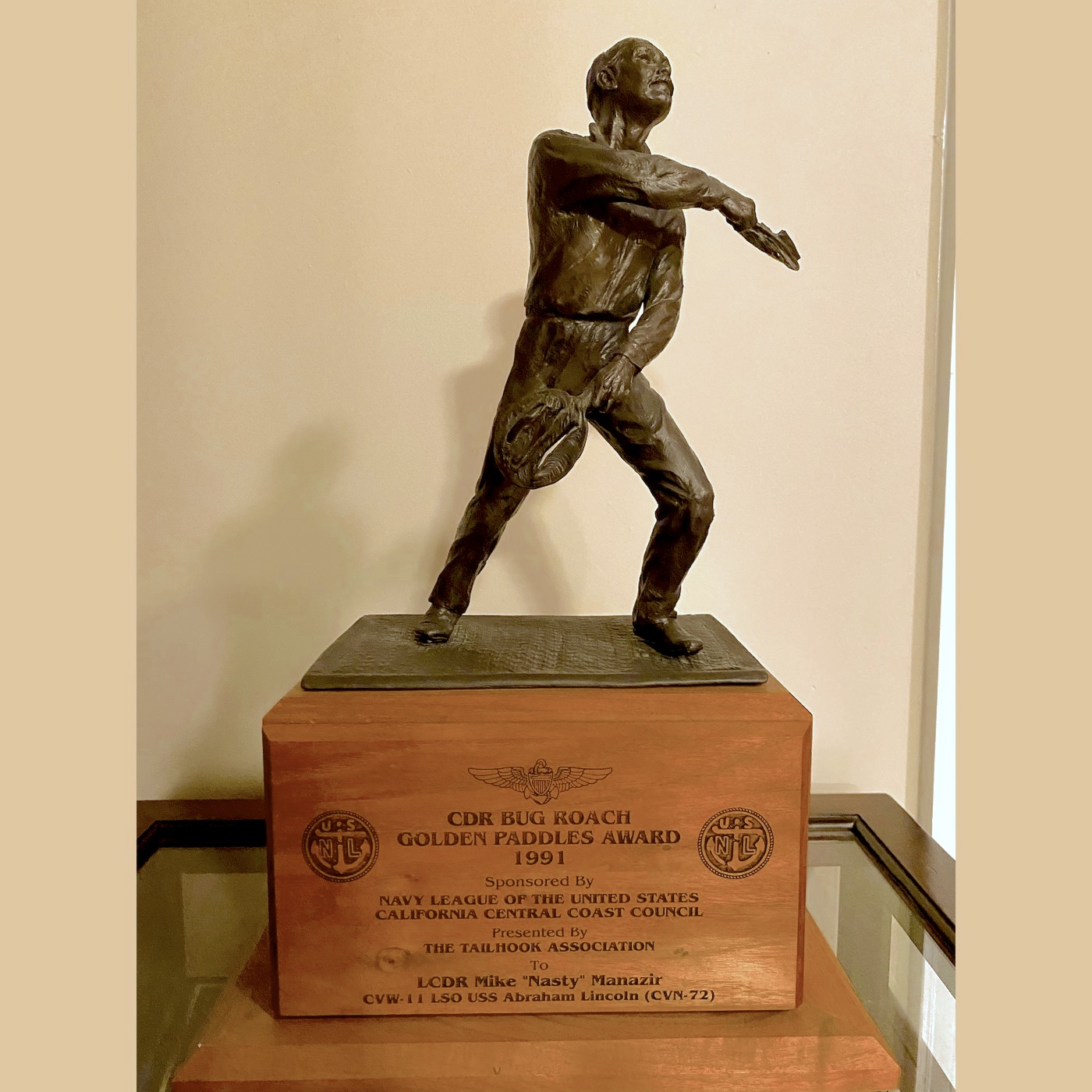 Here’s to Bug Roach! Cdr. Roach was a legendary LSO and mentor to our guest this week and next: Nasty. Hear why he was so legendary and the poignant event right before Nasty was presented the “Bug Roach Award” for the LSO of the year.

Nasty is the LSO who waived Yogi & Master aboard the Lincoln that fateful day in the summer of ’91 when Yogi came as close to ejecting from an airplane as humanly possible without actually doing it. (See episode 14) It goes without saying, Nasty’s perspective is just as chilling and tense as you can imagine.

While we use call-signs here on the podcast you will very quickly hear the gravitas Nasty brings to the table and understand why he is a pilot’s pilot and a leader men aspire to emulate. He exudes leadership and genuine down-to-earth likability.

Nasty Commanded a Fighter Squadron, was the Executive Officer of the Carl Vinson a Commanding Officer of the Support Ship, Sacramento; the USS Nimitz and a Strike Group Commander as an Admiral aboard the USS Eisenhower. In short, this man is a walking-talking living legend of Naval Aviation who spent about 10 years at sea in his 36+ year career. His love of naval aviation is clear and he share it with us today!