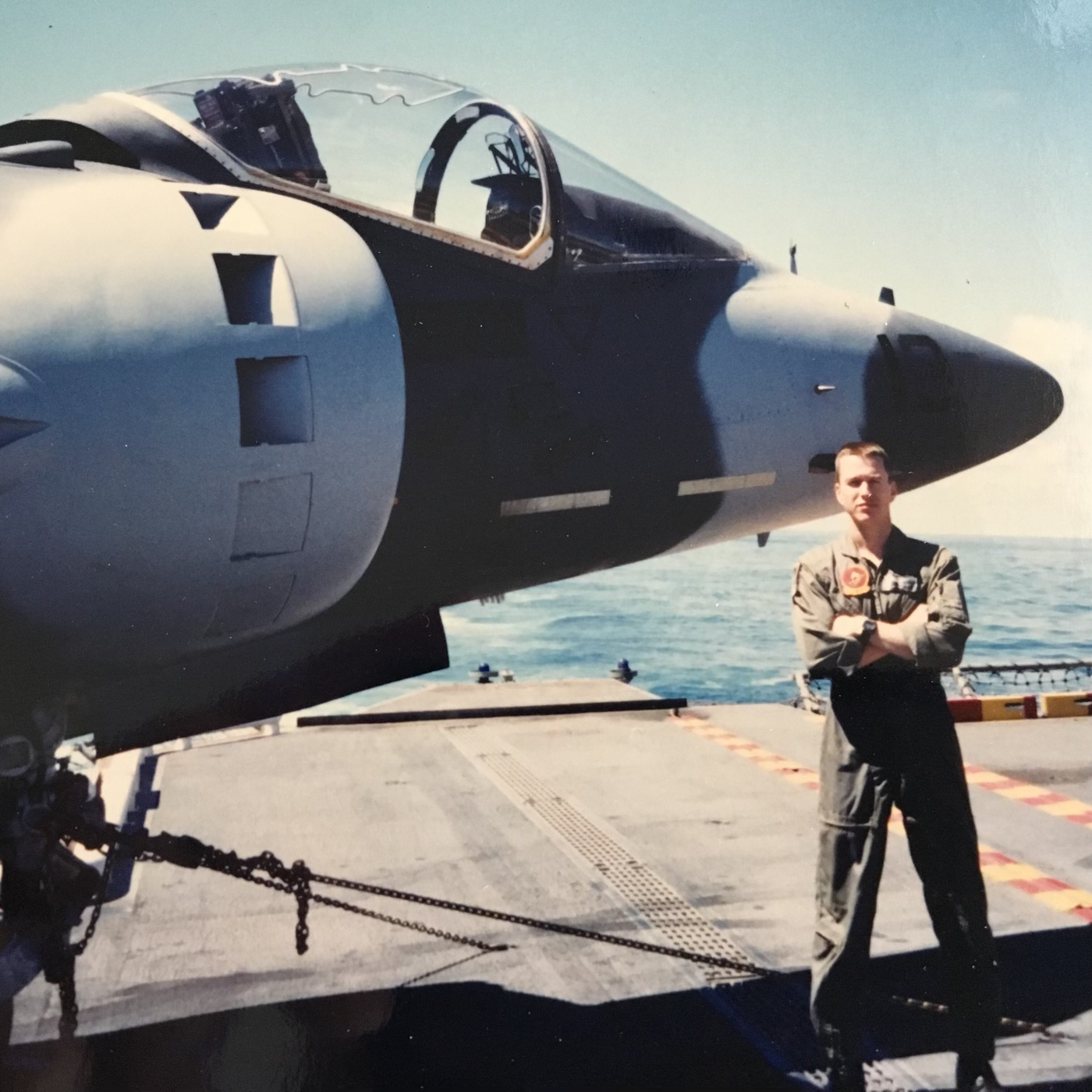 Lawman sat with us for more than 5 hours to discuss his unique career before becoming a Blue Angel; and how he got to fly almost every plane in the Marine Corps inventory in Afghanistan. We will break this into about five shows and likely intersperse other shows in between.

Lawman is a natural storyteller; he had us howling with laughter and choking up in despair. You’ll hear how his upbringing set him up for success in Officer Candidates’ School. And you’ll learn that growing up in the 60s, the son of a special forces father, was not for the faint-hearted. In upcoming episodes, we will dedicate shows to two Marines with whom Lawman served. And who gave the ultimate sacrifice in service to our country.

In this episode, hear about Lawman’s early career and how he almost got a much less desirable callsign. Hold your sides as he describes the unauthorized appropriation of a Navy staff car in Spain and how he held his breath waiting for the “shoe to drop” in the wake of their antics.

You’ll also hear how an innocent (and hilarious) practical joke almost cost him his Marine Corps career. Unfortunately, the only person who didn’t find it funny was the one who controlled his fitness report!

This show is the first of many with Lawman. You WON’T be disappointed!

Please also check out our sponsors’ page and get some ideas for custom, thoughtful Christmas, or other holiday gifts. Thank you to Dave Hamilton over at the MacGeekGab for his support and counsel on getting this show to you! Finally, this week you’ll note we’re using music from “Dos Gringos”; two Air Force Viper drivers who have written some fun and fantastic music which is definitely NOT safe for work! We hope to have the Dos Gringos, “Trip” and “Snooze,” on with us in an upcoming show soon!