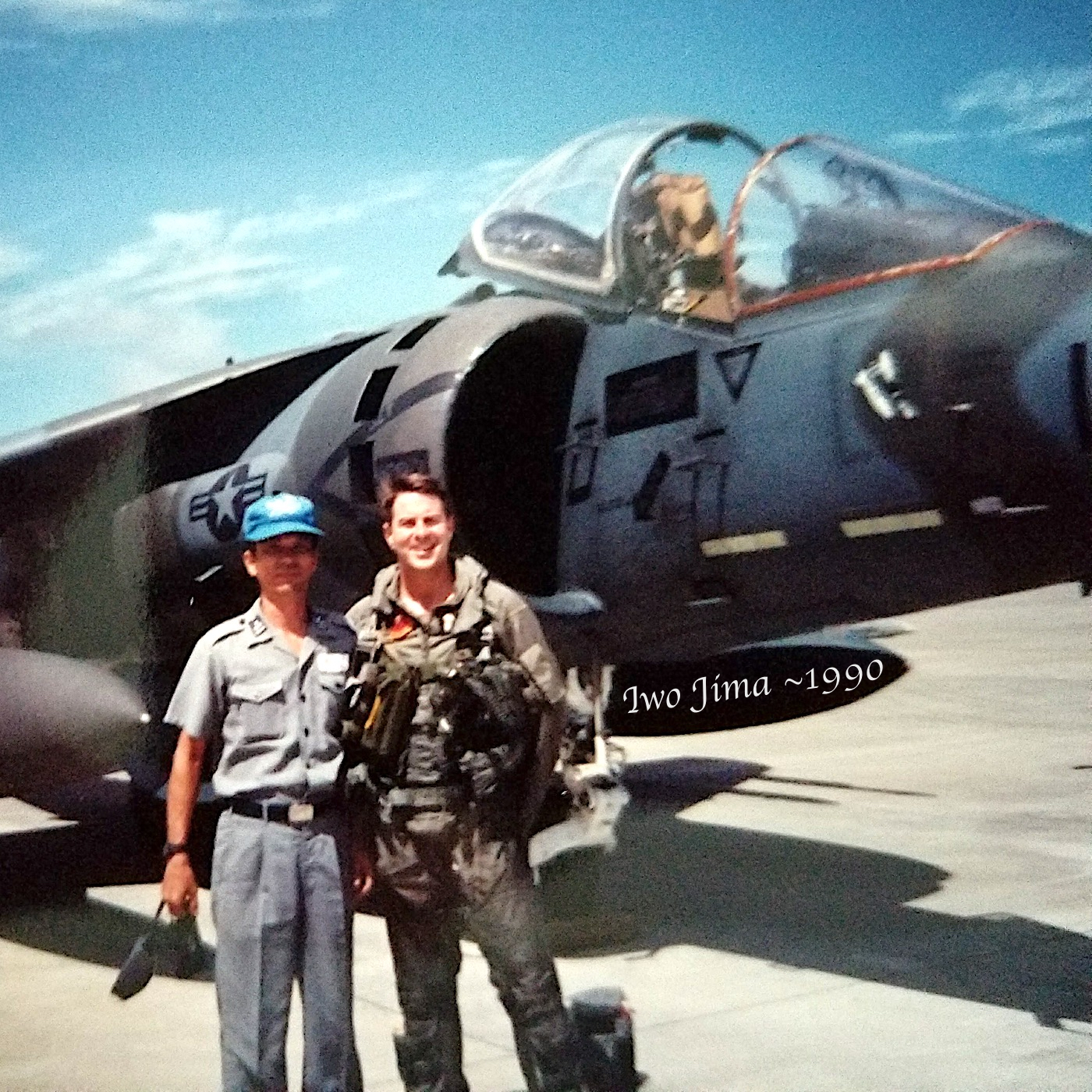 In our second hour with Lawman, things get real. This episode is not entirely comprised of our usual light-hearted hijinks and buffoonery – though we throw some in for good measure. Lawman details months of training aboard the USS Nassau, and losing a squadron mate, Buick, during a night training sortie in the lead-up to Gulf War I.

Spending months aboard the boat before the war without going ashore was maddening. So much so that they literally prayed for a cause a divert to give an excuse to get Marines off the boat for a few days!

As the months dragged on with limited contact with the outside world, the Marines tried to keep their morale up. Lawman took some heat, but managed to strike a deal to keep the line-shack Marines happy.

Then the war kicked off, and they found themselves in the thick of it. With Anti-Aircraft missiles in the air, Lawman’s flight narrowly escaped disaster on their first combat sortie. On their first flight of the last day of the war, the Marine Aviators’ of VMA-331 luck ran out when one of their own was shot down.

Hope remained as evidence that the pilot got out of the doomed aircraft kept trickling in. Eventually Lawman found himself ashore in Saudi Arabia to identify the remains of his friend and fellow pilot, Reg Underwood, “Woody.”

Woody volunteered to be a Marine Pilot. He trained hard and was a Weapons and Tactics Instructor – one of the best who taught other Marines to use their jet effectively as a weapon. Woody was well-respected by his contemporaries and senior officers alike. He was a husband and a father to a daughter whom he would never meet. Woody’s sacrifice became their sacrifice too. Woody’s brother and sister still live in his home state of Kentucky, and his wife and daughter remain in North Carolina. Keep them in your thoughts and prayers please.

We are grateful to have known Woody and mourn his loss for ourselves and for his family. His life made the world a better place.

The music for this episode is courtesy of Dos Gringos – Last of the Breed. Thank you, Gents! Great stuff as always!